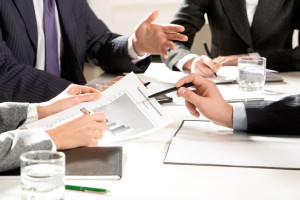 A contract is generally an agreement between 2 or more persons to perform certain obligations.

Many people do not realize that essentially in all, if not most, of the situations we encounter daily involve some forms of contractual relationships, from dining at a restaurant, to parking in a public structure, to making purchases at a store, to shopping online, etc. These activities can all be governed by contract law.

Generally, a contract can be formed either in writing or verbally. However, there are certain kinds of situations where a written agreement is necessary such as a contract to sell and buy goods for more than $500 (Uniform Commercial Code), real estate interest, contract that is not to be performed within one year, contract in consideration of marriage and contract to pay the debt of another. There are circumstances where an agreement can result from the conduct of the parties. This principle is called an implied-in-fact contract that can be enforced as any other type of contractual relationship.

To escape uncertainty and to evade confusion, it’s always best to memorialize the understanding of the parties in writing.